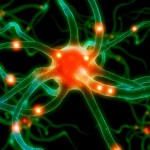 This post has to do with the optimal sequence we follow to help people get to their goals. In regards to neurotransmitter related disorders, there is a definite sequence that works best.

We have noted previously that neurotransmitters are chemical messengers in the body that control bodily functions. There are many other chemical messages as well, including hormones. With hormones in particular, we have found that if we balance the primary neurotransmitters as a first course of action (i.e., serotonin and dopamine), many symptoms associated with hormone imbalance (e.g., hot flashes, mood swings, irregular menses, etc.) often resolve. Therefore, it is our assertion that in most cases, the primary neurotransmitters need to be balanced first (or at the very least in concert with hormones) in order to properly manage symptoms of hormone imbalance.

We have shared a lot of information in various posts on the science of amino acid therapy and we hope that it provides you a more thorough understanding about how and why amino acid therapy is a very viable and effective therapy to use with trichotillomania and why we have had such great success eliminating the urge to pull.