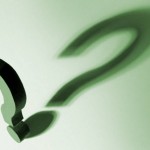 This question was posed to me by a potential client just the other day and the ensuing conversation was so interesting that I thought I’d share some of the conversation in today’s post. According to the Trichotillomania Learning Center (www.trich.org), “trichotillomania is a disorder that causes people to pull out the hair from their scalp, eyelashes, eyebrows, pubic area, underarms, beard, chest, legs or other parts of the body, resulting in noticeable bald patches.” It goes further to state that “Trichotillomania (also referred to as TTM or “trich”) is currently defined as an impulse control disorder but there are still questions about how it should be classified. It may seem to resemble a habit, an addiction, a tic disorder or obsessive-compulsive disorder.”

When I stopped to see if this was registering with the potential client, her eyes were kind of glossing over, so I knew this didn’t completely register with her, so I simplified it with this statement, “In essence, trichotillomania means that you have an urge to pull that can sometime be very intense.” This seemed to register right away, because she said, “That’s me! Sometimes I have such an intense urge to pull I can’t think of anything else!”

We have seen cases of trichotillomania that don’t just involve pulling of hair on one’s own body; it can also encompass pulling or picking at the skin; pulling the hair on pets, dolls or toys; biting the insides of the cheeks; or severe nail biting. The key underlying factor is the intense, and seemingly often unconscious, urge to do something (like pulling, picking or biting) over and over again and feeling as though one is not able to stop, even if they want to.

Trichotillomania often goes unnoticed because the person with trichotillomania is often ashamed or feels guilty for their pulling and/or the inability to stop pulling, so they do their best to hide it.

At this point, tears began to form in this potential client’s eyes as she recounted the endless ways she tried to hide the bald spots on her head, arms and legs, how she felt so shameful for pulling and feeling like she couldn’t stop herself and how every time she pulled, the guilt and shame she felt grew stronger and stronger. After she had recounted her story, she looked at me with eyes that were puffy and still clinging to tears and asked, “I’ve tried everything and nothing worked. Is there any hope for me?”

“Of course there’s hope,” I said. “Trichotillomania is often due to an underlying imbalance in brain chemicals called neurotransmitters. Once we rebalance these, the urge to pull often goes away completely. This allows you to take back control of your behaviors, setting you free to do as you choose in regards to pulling.”

So this person left my office with a little spark in her eye and little hope in her heart. Chances are she will eliminate the urge to pull with amino acid therapy, and I’ll be sure to write about it when she does.