N-acetylcysteine and Treatment of Trichotillomania 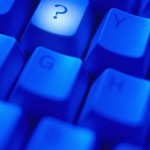 I am periodically asked about the use of N-acetylcysteine (NAC) in the treatment of trichotillomania, and have seen this subject come up on numerous occasions on the trich blogs and forums. There is some research to suggest how n-acetylcysteine works as well as how it can be used to lessen compulsive behaviors like hair pulling.

The most prominent study done on NAC in relation to trichotillomania found that 56% of people were “much or very much improved” with NAC use compared with 16% of those taking placebo.(3) The dosages used in this study were 1200-2400 mg of NAC per day for 12 weeks, with significant improvement initially noted after 9 weeks of treatment with NAC. Thus, NAC appears to be a very promising therapy for those suffering from trich. However, there are a couple things to consider.

NAC should not be used by those with asthma as it may worsen that condition. In addition, because of the way that NAC is processed by the body, it is recommended that you should take supplemental zinc, copper, selenium and other trace minerals along with extra vitamin C when taking NAC for a long period of time. This can easily be done by taking a quality full spectrum multivitamin/multimineral along with supplemental vitamin C.

NAC appears to be a safe and moderately effective way to decrease hair pulling. However, as we will discuss in a future post, it may be more beneficial to address other key neurotransmitters that can rebalance the neurotransmitter status of the nucleus accumbens further upstream.