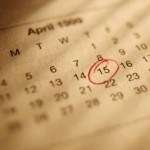 Many of the testimonials and case studies I write about are about very fast results where people suddenly have a complete elimination of the urge to pull within days or weeks of starting balanced amino acid therapy. Truth-be-told, most cases of trichotillomania do resolve within a relatively short period of time, so these case histories and testimonials are representative of what we typically see at the clinic. However, we do have a few cases where things aren’t quite so cut and dry; in these instances, it can take months to get the amino acid dosing right. This obviously requires incredible dedication on the part of the client, as well as their family, as this case history illustrates.

Jenna came to us after her mom had been searching the internet for three years trying to find a solution for her daughter. Jenna had started pulling the hair out of her sheep-skin blanket before progressing to pulling out her eyebrows and then from her head. By the time we spoke with Jenna’s mom, the right side of her head was bald and she didn’t have any eyelashes or eyebrows.

In addition, Jenna had been diagnosed with obsessive compulsive disorder (OCD), with the onset of symptoms occurring when she was just six years old. Her mother stated that she had a period of several years when she did exhibit any OCD symptoms, but that about three years ago, she started constantly washing her hands (to the point that her hands cracked and bled), “straightening things”, developing extensive bedtime rituals and became very worried about contamination and germs. Jenna had been on Prozac for about a year when we first spoke. Both she and her mom were desperate.

We began by attempting to balance out Jenna’s neurotransmitter levels as we always do. However, it became obvious quite quickly that this was not working, so we ran some testing to help guide her care. Jenna’s body was requiring incredibly high levels of amino acids to show any kind of change and the testing was extremely valuable to help make sure we were on the right track.

It took 12 tests and 10 months until she got the result she was looking for. The dedication and support exhibited by Jenna and her parents was incredible over this time period, especially considering that Jenna did not experience any relief of symptoms for the first 10 months we worked together. However, her diligence, and her parents dedication paid off. Like flipping a switch, everything changed.

I spoke with Jenna recently and she told me it was suddenly “easy to control my trich and OCD” and that she “didn’t need reassurance as much”. She was sleeping well, eating normally and doing well in school. Her mom was ecstatic. She said both she and Jenna were realizing most of the repetitive actions were now only habits versus being due to OCD or anxiety and that Ana was now able to differentiate between them and stop when she wanted to. This was a HUGE improvement according to her mom; “We have a life again, and we have our daughter back!” said mom. Now, Jenna’s work is awareness; becoming aware of when she is doing something mindlessly and asking herself if she wants to continue. Now she has control.

Everybody wants instant gratification – and why wouldn’t we? Getting something for less or little effort is always preferable, especially when we are talking about ending what could be a debilitating condition such as trich or OCD. However, when things don’t happen right away and our resolve is tested, then we find out how badly we want a solution. In this instance, desperation was the key to sticking with the program until we achieved the desired result. This means preparing for the long-haul knowing that a resolution will come when we determine exactly what your body needs to achieve balance. We will help you reach your goals, but it is your resolve and dedication that will matter most if and when the going gets tough or the journey grows long.