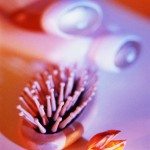 “I found Dr. Oler because I was looking for a way to stop pulling my hair. After 40 years of struggling with trichotillomania, and trying everything I could find to stop pulling, I was very excited to find the Stop Pulling Hair Out website.

“If I wasn’t on the amino acid therapy, I would be bald!”

Before starting my program with Dr. Oler I was severely depressed, sleeping 12-14 hours per day. I was able to function marginally at my job as a special education technician in a high school. One of the most frustrating things at work was my inability to remember student’s names; when I moved about the building throughout the day and was in the hallways between classes I wasn’t able to greet students with their names. Even in classes that I spent several days a week in, I was unable to recall their names….this was very frustrating.

After school I would get home and immediately take a nap until I would begrudgingly get up with the use of an alarm clock to make supper. Then I would go back to bed. As far as the trichotillomania is concerned, I had no eyelashes, eyebrows, or pubic hair left and the hair on my head was almost all gone.

After working with Dr. Oler for about two months I feel fabulous! I have stopped pulling my hair and it is all growing back. In addition, my mood has improved dramatically. I now have lots of energy, I feel great, I’ve been exercising, and I’ve started to train for a 5K because my daughter is a runner and has been hinting that she’d like me to join her.

From a mental side of things, I have found it much easier to remember names and I’ve decided to start graduate school in May toward a teaching certification.

Another thing I’ve noticed – my chocolate and sugar cravings are much, much less. I always felt I was addicted to sugar and chocolate, but now I feel like I can take them or leave them without much thought.

This is all amidst an incredibly high level of stress – my teenaged son recently broke his leg and is in a lot of pain; I am up many times a night to check-in on him. In addition, my adult daughter has been very sick with fibromyalgia and Lyme’s disease, so that is weighing very heavy on me. If I wasn’t on the amino acid therapy, I would be bald due to all this stress.”

Marcella’s story is another great example of the far reaching effects of amino-acid therapy – not only did she eliminate her urge to pull (after 40 years!), her mood improved, her energy improved, her memory improved so much that she decided to go back to graduate school (at 48 years old) and her cravings and “sugar addiction” decreased markedly. This isn’t because we gave her separate supplements or medications for each of her symptoms; it’s because we addressed the root cause of all of them using targeted amino acid therapy.