A Work in Progress – Sabrina’s Story 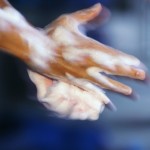 Our approach to correcting the underlying neurotransmitter imbalances that precipitate the urge to pull using targeted amino acid therapy is extremely effective – we’ve stated numerous times that we can help nearly 9 out of 10 people eliminate the urge to pull using this approach. Many times, this occurs very quickly – often with days or weeks of getting started. However, other times, it can take many months, in a very few cases, over a year to achieve proper neurotransmitter function. I wanted to share one of those stories with you.

Sabrina had been pulling the hair from the back side of her head for as long as she could remember.  She had often pulled to the point of bald-spots, but had always covered it up by varying her hair styles and/or wearing hats or scarves. Sabrina came to us when she was 15 years old – that was 1.5 years ago.

In addition to trich, Sabrina also suffered from obsessive-compulsive disorder (OCD) that had “taken over her life”. She was compelled to perform an hour of ritual cleaning and grooming before school, two hours to get ready for bed and had a paralyzing fear of germs and contamination, making her mother wash her clothes, bedding and towels every day and washing her hands and body until they were raw. This was exhausting not only to her, but her family.

I have been meeting with Sabrina and her mom every 2-3 weeks for the past 1.5 years for phone consultations and have run numerous tests to help guide Sabrina’s therapy. Sabrina didn’t see any change in her urges to pull or in the OCD for over 9 months. Then we had a breakthrough.

After one of her supplement adjustments, Sabrina had a significant decrease in OCD symptoms, so much so that she no longer found she needed to perform her morning or nighttime rituals and she no longer needed her mother to wash her linens daily or scrub her hands and body. In addition, she suddenly found an interest in motocross and wanted to learn to race. Her urges to pull subsided a little bit, but were still present throughout the day and she still found herself pulling.

We continued to test and adjust Sabrina’s recommendations. I just spoke with Sabrina and her mother; Sabrina stated “I’m almost normal; I could see myself living my life this way.” Her mother was grateful for Sabrina’s substantial progress and the respite it has allowed her from the daily rituals and fears. However, Sabrina still has the urge to pull, so our work is not done yet.

Sabrina’s case is at the far end of the spectrum; however, with her and her family’s diligence and perseverance, they are (finally) seeing results. This has been by no means easy for them and we are not finished, but I wanted to present Sabrina’s case to you in order to provide a more complete picture of the variance we see in symptom resolution.

While it is true that most people with trich can eliminate the urge to pull relatively quickly (about 80% have an elimination of symptoms within 2 months), it can take much longer to see results, as in Sabrina’s case. It is in these cases that a firm understanding of what we are doing is essentials so that we can keep motivation up in order to push forward and reach our goal.