Trichotillomania in Children Much More than Statistics 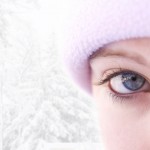 I recently spoke to a mother that was at the end of her rope; her 12 year old daughter had been pulling for several years and they had been doing everything possible to try and cover up her bald patches and missing eyebrows so that other people – friends and family included – wouldn’t find out.

It is estimated that between 0.6% and 2.5% of children suffer from trichotillomania and the Trichotillomania Learning Center states that it affects between 2-4% of the general population, which is between 2-10 million people in the US alone. These estimates are most likely much lower than the actual number of people that suffer from trich because people with trich are very good at covering it up (I’ve worked with one woman that suffered from trich for 42 years and was able to keep it from everyone, including her husband of 20 years, the entire time). Upon hearing that millions of people suffered from trichotillomania on a daily basis was a shock to this mother and it seemed to cause an immediate and drastic change in how she viewed her daughter’s “condition”.

I went on to explain that her daughter’s urges to pull and her subsequent pulling had absolutely nothing to do with her personal resolve or her character. As we talked, this mother began to see that her daughter didn’t want to pull, didn’t want to have bald spots and wasn’t pulling to act out or somehow embarrass herself or her family; this wasn’t something that she could consciously control and there was no fault in it. We talked about the possibility that her mother’s frantic attempts to “cover up” any traces of her pulling may be contributing to the guilt, depression and anxiety that she said her daughter felt.

The mother also quickly began to see her views on trich and her daughter’s inability to stop pulling where a huge source of personal guilt and anxiety, straining not only her relationship with her daughter, but with everyone around her. She realized that she was treating her daughter as a “leper”, and was unconsciously pushing her away – hiding her away – from the world.

This was a turning point for this mother. She told me later that after our initial conversation, she sat down with her daughter and talked honestly about everything she was feeling and realizing about her views on her daughter’s urges to pull. She said they talked and cried for hours; a process that would be repeated many times over the ensuing months. This opened the door for her daughter to openly and honestly deal with not only her urges, but also with all the emotional baggage she was carrying around because of her and her mother’s judgments about her pulling.

This mother needed to reframe her daughter’s urges to pull and they both had to have the courage to talk openly about it so they could begin the healing process. Over the years I’ve heard hundreds of similar stories.

How about you?  Can you relate to this mother or her daughter?

Your comments, questions and stories are always welcome here.