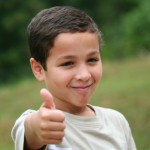 Doug was a 12 year old boy that had started pulling about 1.5 years before his mom found us. It started with pulling from the top of his head, but progressed over time to pulling out his eyebrows, then eyelashes, then the hair on top of his arms. Just before Doug first started pulling, he began exhibiting symptoms of depression. Doug was also obese and said that he “was always hungry”; his weight was already causing lots of joint and muscle pain. His mom reported the Doug was also very defiant and argumentative, making it very difficult to speak with him.

Doug’s mom was referred to us by another health care provider and found us online. After explaining how amino acid therapy works, we started Doug on a preliminary dose of balanced amino acids; he didn’t see any change in his symptoms. Testing revealed the issue: Doug had an increased need for dopamine precursors and a reduced need for serotonin precursors. After making this adjustment, Doug experienced “a dramatic decrease in the urge to pull”. He said his urges went from “constant” to “just 2-3 times per day” and that he as now able to resist the urges “most of the time”.

Further testing and adjustment got Doug to a place where he was only having the urge to pull “about once daily” where he was able to resist it “about 90% of the time”. In addition, he had stopped pulling everywhere except his eyelashes. His mom also reported that Doug’s defiance had lessened significantly and he no longer seemed depressed.

After another month, Doug reported that he might only pull “one to two times per week”, but that he wasn’t pulling out very much. In fact, his mom reported that the hair on Doug’s head, eyebrows and arms was growing back very well and that his eyebrows were also growing back in to the point where Doug’s pulling was no longer noticeable.

At this point, we’ve been working with Doug for about 4 months. He’s not completely out of the woods yet, as he is still having occasional urges to pull. However, Doug is in a much better place in regards to pulling, his hair, eyebrows and eyelashes are growing back and his mood and ‘agreeability’ has improved markedly. With one to two more tweaks based on testing, I am confident that Doug will enter the ranks of ‘no-urges to pull – 100% of the time.’