Why Can’t I Find Research on Amino Acid Therapy and Trichotillomania? Part 1 of 2 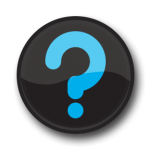 I have been asked this question countless times (and have posed it myself to many of my colleagues), so I wanted to address it in today’s post. In my mind, there are really two parts to this question: (1) why isn’t there more research on effective treatments for trichotillomania and (2) why isn’t there more research on amino acid therapy and trichotillomania. We’ll address the first question in today’s post and the second in a future post.

Why isn’t there more research on effective treatments for trichotillomania?

From what I can see, there are at least three major obstacles for research on effective treatments for trich: (1) lack of understanding about the causes of trichotillomania, (2) numbers and (3) money. Even though trichotillomania is defined well on paper with appropriate diagnostic criteria, there is an extreme lack of understanding about the underlying causes of trichotillomania. There is a lot of speculation about the supposed causes, but without additional research, they will not be discovered, making this a cyclical (and frustrating) argument. This brings us to the other two obstacles.

It is estimated that trichotillomania affects only 0.6% to 2.5% of the population. However, trichotillomania is not reported or noted in the medical history of many people because either (1) they don’t share their experiences with the appropriate health care professionals and/or (2) their medical professionals are not familiar with the diagnosis and miss it. Either way, the reported number of people affected by trich is low compared to other diseases/disorders and it is often not viewed as life-threatening, and therefore a lower-priority compared to other disease states, which makes it less likely to receive research funding.

This brings us to the big one: money. In today’s world, most research is driven by corporations that have something to gain from the results of that research. In this case, the pharmaceutical industry would drive most research efforts to get at the cause(s) of trichotillomania, because, in theory they have the most money to gain. However, there are many other disorders that affect a greater percentage of the population, that are viewed as having a larger impact on quality or quantity of life AND where drug therapy may address or at least reduce a person’s symptoms. It is to these alternate areas that the money for research goes. Put simply, the pharmaceutical companies that fund most of today’s research will likely receive a larger return on their (research) investment if their money goes to investigating other disorders where drug therapy is more likely to be effective.

The good news is that we have found several major triggers for trichotillomania and potentially the most impactful underlying cause through clinical practice. That is neurotransmitter imbalance. But research is still scarce in this area. Our next post will discuss why.