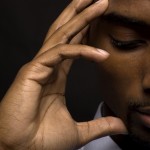 I just got off the phone with a gentleman from the East Coast, we’ll call him Wayne. Wayne has been pulling out or at his hair for the past 32 years. He also suffers from chronic depression that has ebbed and flowed over his entire life, but that has gotten worse and more consistent in the past 5 years.

As we reviewed Wayne’s health history, we also found out that Wayne was diagnosed with attention-deficit-hyperactivity-disorder (ADHD) 11 years ago and has been on Ritalin or Adderall since that time. He noted that the Adderall seems to make his pulling worse.

Wayne also stated that he has become very anxious to leave his house over the past 3 years, noting that social anxiety has never plagued him in the past. Once more, his sleep has become less and less consistent over the past 3-4 years and he now has medication to help him sleep.

This is a very typical case involving multiple disorders stemming from neurotransmitter imbalance. In fact, it is a rare case where a person comes in suffering only from the extreme urges to pull associated with trichotillomania. It is much more common for a person to present with multiple disorders in addition to trichotillomania; the most common are anxiety, obsessive-compulsive-disorder (OCD), depression, insomnia, ADD/ADHD and eating disorders. Rarely does someone present with all these symptoms, but most people we see have at least 2-3 disorders related to neurotransmitter imbalance.

As such, we started Wayne on a protocol to restore proper neurotransmitter function. I’ll be sure and keep you updated via this blog on his progress.