Can Vitamin and/or Mineral Deficiency Create Neurotransmitter Imbalance? Part 3 of 3 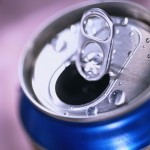 What we choose to drink also has a dramatic effect on neurotransmitter function. Stimulants like coffee and energy drinks deplete the excitatory neurotransmitters (like epinephrine and norepinephrine) and alcohol adversely affects serotonin and GABA production (which are inhibitory neurotransmitters). Alone or combined, these drinks immediately confuse the brain and cause all sorts of biochemical imbalances.

The biggest wrench in the neurotransmitter machinery from a dietary perspective, however, has to be soda. Soda is the perfect food to promote neurotransmitter imbalance. Many sodas contain lots and lots of sugar, often up to 12 teaspoons in one 12 ounce can (just imagine what the ‘large’ sodas contain!), caffeine, artificial colors and flavors and no beneficial amino acids.

Diet soda is often worse, as many of the artificial sweeteners are known to be neurotoxic or cause dramatic swings in neurotransmitter levels.

The occasional can of soda is probably no big deal, but we don’t drink just a can of soda now and then. In fact, people in the US drink a LOT of soda – upwards of 54 gallons per person per year! That means that, on average, each person in the US drinks over 102 2-Liter bottles, or about 576 12-ounce cans of soda every year.

That’s almost two cans per day of something that is tailor made to cause your brain some issues. It’s no wonder that drugs that manipulate neurotransmitter levels are the most prescribed group of pharmaceuticals used in this country!

Eliminating foods and drinks that cause or exacerbate vitamin and mineral deficiencies and neurotransmitter imbalances and adding foods that promote proper function and optimal nutrition can dramatically improve your health and may be vital to maintaining optimal neurotransmitter function. When a person is starting out, making radical dietary changes may seem too daunting. That’s why we often don’t push dietary change until we have achieved a level of success using amino acid therapy. Once a person is feeling better, they are in a much better state to make dietary changes and are often eager to do anything they can to continue to feel well.