Better Sleep and No Compulsion to Pull! 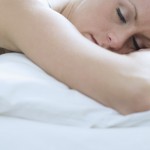 I just got off the phone with another client that has had fantastic results using amino acid therapy to address her trichotillomania. This client’s experience provides a great illustration of the far reaching effects of neurotransmitter imbalances and how quickly a person can find relief once they are rebalanced.

First, some background. This is a woman in her mid-40s, we’ll call her Tracie; she had pulled off and on for many years, but started pulling uncontrollably in 2004 when she was finally diagnosed with trichotillomania. However, she had a number of prior imbalances that most likely led to, or at least exacerbated the neurotransmitter imbalances that led to the compulsive urge to pull.  Tracie was diagnosed with depression in the mid-80s and started medication to address it. About 10 years later, she was diagnosed with major depression and fibromyalgia syndrome (FMS) and put on more medications. She was also experiencing extreme pain, diagnosed with arthritis and given heavy doses of pain killers. Finally, just last year, she was diagnosed with Crohn’s disease. Just today Tracie confided in me that she has experienced gastrointestinal (GI) distress since she was a child. She also mentioned that she was a very restless sleeper and never slept through the night or felt rested.

Once more, FMS and pain are also related to neurotransmission. In our clinic, we have seen remarkable remissions of FMS and dramatically increased pain tolerance and reductions in perceived pain with properly balanced amino acid therapy. It has been shown in the literature that chronic pain often induces depression; this is due, at least in part, to the neurotransmitter imbalances that occur due to chronic pain, which then lower the pain tolerance, exacerbating pain, thus creating a vicious cycle pain inducing more pain.

So what did Tracie experience? Well, she had quite a bit of nausea when she first started on the amino acids. This is very common in people when their serotonin levels are very low. This is because the gut is so depleted of serotonin that it converts the amino acids into neurotransmitters right there in the gut rather than putting them into the circulation where they can reach the brain, which creates the experience of nausea. The solution – go slower. So, we adjusted her dosages to allow her body the time it needed to absorb and utilize the amino acids properly.

The result: as soon as Tracie got up to the original recommended starting dosage, she noticed she was much less restless while sleeping and that she actually slept through the night a few times. Her husband also noticed, as he too was now able to sleep through the nightJ. And what about the trich? Tracie stated that after about 2-3 days on the recommended dosage she had absolutely no compulsion to pull, although she did catch herself pulling a few times out of habit. However, unlike before, she could now catch herself and stop pulling and not think about it (or obsess over it) again.

What can we learn from Tracie’s story – lots of bodily and mental functions are impacted by neurotransmitter balance. However, the solution is quite simple: reestablish proper balance. Tracie did it and has eliminated the compulsion to pull with the ‘side benefit’ of better sleep. She’s so happy that we are now going to work on her other health imbalances to reestablish optimal health and function.

Tracie’s story is not uncommon – reestablishing proper neurotransmitter balance can cause dramatic positive changes in your life, and quick. We have helped 1000s of people regain their health and their lives using amino acid therapy and we’d love the opportunity to help you.