Beyond NAC – Addressing the Cause 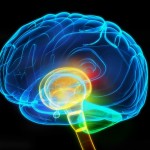 In a previous post we discussed the studies that have been done regarding the use of N-acetylcysteine (NAC) in the treatment of trichotillomania (N-acetylcysteine and Treatment of Trichotillomania).  It is known that NAC increases the concentration of glutamate (an excitatory neurotransmitter) concentration in an area of the brain called the nucleus accumbens that can reduce the incidence of compulsive behaviors and hair pulling (1-4). The most prominent study showed that this reduced hair pulling in 56% of people taking 1200-2400 mg/day of NAC (1). However, there may be a more direct way to influence one’s neurotransmitter balance and affect a greater, more lasting change in hair pulling as well as other addictive or compulsive behaviors.

NAC has a direct effect on the glutamate concentrations in the brain (nucleus accumbens). This seem to restore reduce hair pulling in about half the people taking NAC (1). However, one would assume that discontinuation of NAC would also lead to a return in hair pulling because a lasting effect would be expected only if administration of NAC addressed the cause of neurotransmitter imbalance in the brain.

Once we restore proper serotonin and catecholamine (dopamine, norepinephrine and epinephrine) function using balanced amino acid therapy, people notice a marked decrease and most often elimination of hair pulling. Based on the observations noted above, balancing the primary neurotransmitter system (i.e., serotonin/catecholamine system), the secondary systems (such as glutamate/GABA)) also rebalance. Addressing neurotransmitter imbalances in this manner has the benefit of addressing the cause rather than the end effect of neurotransmitter imbalance, allowing for the possibility of continued relief from symptoms, such as hair pulling, once proper neurotransmitter status has been restored. We have observed this with clinical cases as well, where people suffering from trichotillomania achieve the elimination of the urge to pull with balanced amino acid therapy and are able to reduce and discontinue amino acid therapy over time without the return of symptoms.

In rare cases, we must augment balanced amino acid therapy with NAC to achieve complete relief of symptoms. It is thought in these cases that permanent damage may be present that inhibits proper neurotransmitter function. These people will most likely need continued amino acid therapy, including NAC, to achieve long-term relief; however, they can be free from the urge to pull doing so.