A Work In Progress – Update #2 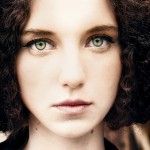 First, some background. Sabrina was adapted at a very young age. She started showing signs of trichotillomania (TTM) and obsessive compulsive disorder (OCD) as a young child and her parents had tried literally almost everything they could think of to help her with both conditions. Unfortunately, nothing helped and Sabrina was becoming more and more apprehensive to go out of the house.

We worked with Sabrina and her mom for 9 months before we had our first breakthrough. From that point on, it was ‘two steps forward, one step back’ for a while, with more or less steady progress as her urges to pull and OCD gradually became less and less.

Now, she “doesn’t pull at all” and the OCD is “almost non-existent”. The plan is to keep Sabrina at her current dosing level for the next several months before we begin a steady, slow taper to begin to reduce her amino acid dosing while maintaining her newfound health and vitality. Congratulations Sabrina!!