Neurotransmitters – They Affect Much More Than Mood 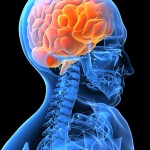 Neurotransmitters are a class of chemical messengers in the body that help regulate, either directly or indirectly, most of the other systems and functions in the body. Most people have heard of several common neurotransmitters, including serotonin, dopamine, norepinephrine and epinephrine (also known as adrenaline). They may even be familiar with at least some of their functions in regards to mood, especially depression and/or anxiety or ADD/ADHD. Usually this is because they know the standard medical treatment for these disorders is to use a medication that works on specific neurotransmitters, including selective-serotonin-reuptake-inhibitors (SSRIs); selective-norepinephrine-reuptake-inhibitors (SNRIs); or norepinephrine-dopamine reuptake inhibitors.

What most people do not know is that neurotransmitter imbalances can dramatically affect many other aspects of a person’s health and well-being and can cause or exacerbate any of the following conditions:

However, once you know that neurotransmitters are simply chemical messengers, it only makes sense that imbalances in neurotransmitters will cause a communication breakdown in the body which will lead to symptoms of some sort. These symptoms are your body’s way of alerting you that something is not working right. Unfortunately, if/when a person seeks medical attention for these issues, they are often given medications that do nothing to correct the underlying problem and can make it much worse.

Why Medications aren’t the answer

Many medications are used to try and manipulate the release or re-uptake of neurotransmitters in the brain. Stimulants, such as amphetamines (i.e., methamphetamine, “speed”, Adderall, Vyvanse, Dexedrine), ecstasy (MDMA), cocaine, methylphenidate (i.e., Ritalin, Concerta), norepinephrine-reuptake inhibitors (i.e., Strattera, Edronax), and norepinephrine-dopamine reuptake inhibitors (i.e., Wellbutrin, Zyman) exert their effects by increasing the activity of norepinephrine and/or dopamine in the brain by either blocking re-uptake or stimulating the release of the specific neurotransmitters. This can have the effect of increased neurotransmission for a period of time.

Likewise, many anti-anxiety medications, sleep aids (i.e., Ambien, Lunesta) and other depressants, such as alcohol, barbiturates (i.e., phenobarbital, Fioricet), and benzodiazepines (i.e., Xanax, Klonopin, Valium, Lorazepam) work by facilitating gamma-aminobutyric acid (GABA) activity or inhibiting glutamate or catecholamine (i.e., dopamine, norepinephrine or epinephrine) activity. Other medications work on serotonin, such as selective serotonin reuptake inhibitors (i.e., Paxil, Prozac, Zoloft, Celexa, Lexapro and Luvox) which block the reuptake of serotonin back into the pre-synaptic nerve, or triptans (i.e., Imitrex, Maxalt, Amerge, Zomig) used for migraines which can temporarily dock with serotonin receptors and help alleviate the pain of a migraine headache. Again, the effect may seem similar to increased neurotransmission for a period of time. However, that effect comes at a cost.

This is often what is happening when medications, such as anti-depressants “stop working”; this often happens after months or years of use. This happens when the increased degradation of neurotransmitter has depleted a person’s neurotransmitter reserves to such a point that there is not enough neurotransmitter left for the drug to shuffle around. In essence, a person in this state is more neurotransmitter depleted than when they started the medication and often experiences not only a worsening of their original symptoms, but several other symptoms related to neurotransmitter imbalance. Unfortunately, at this point, a person is usually prescribed more of a given mediation or additional medications to try and help them feel better; however, this only makes the underlying problem worse and continues a downward spiral of ill-health.

However, many medications can cause damage to the post-synaptic neuron and/or its neurotransmitter receptors. In or analogy, the drugs would make the person unable to catch the ball in some manner, either by harming the person directly (i.e., broken arm) or by damaging their glove. When you throw the ball to them, they either can’t catch it or can’t throw it to anyone else and communication stops. This is bad news from a neurotransmitter standpoint, as it disrupts normal communication, which results in increased symptoms of imbalance.

Furthermore, the damage to the post-synaptic neuron and/or receptor may be permanent; this is called neurotoxicity. This means that the receptor is damaged forever. When this happens, people often feel worse and/or develop additional symptoms of neurotransmitter imbalance. When they report this to their doctors, they are often given higher doses of medication or additional medications which again make the underlying problem worse.

Address the cause to find a solution

Since amino acids are the building blocks from which neurotransmitters are made, the process of determining the specific combination of nutrients needed by each person is often referred to as “amino acid therapy”. Specialized training is required to effectively use amino acid therapy in clinical practice. With over 600 clinics across the United States currently using this therapy, there may be one in your area; if not, several clinics also conduct phone consultations to assist clients who can otherwise not receive the care they need.

To learn more about amino acid therapy or to find a practitioner near you, please visit: